Register for Financial Planning Today website for FREE to view more stories and get our daily newsletters. Click on 2 stories to see Registration pop up.
Friday, 08 November 2019 10:16

Over 50% of adviser queries are on death benefits rules 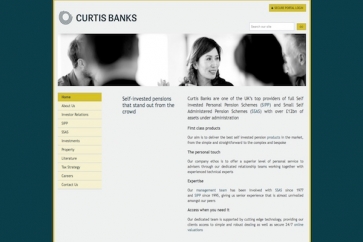 Over half of technical queries received by SIPP operator Curtis Banks over the past month have concerned the subject of death benefits.

The firm says the shift suggests that although the rules can be “very flexible and tax efficient, they can also be incredibly complex”.

Curtis Banks says this has been an “ongoing issue for advisers” and not a one-off spike in queries over the past month.

It says the questions being asked “cover a wide range of topics from detailed explanations of when beneficiaries’ drawdown is available, minors inheriting death benefits, tax implications in varying circumstances and lifetime allowance charges”.

Clients were said to be requesting “further clarity” on how they can use expressions of wishes forms to pass on their wealth in a way that they want to.

Real life examples of queries from advisers include the following questions:

• Can a beneficiary pass unused funds onto their own beneficiaries when they die?

• Does a beneficiary need to be 55 to take income in beneficiaries’ drawdown?

• Is it still possible to use a trust to give benefits to a spouse first and then children afterwards?

“It is such a key area now, with so much complication within the rules and variation between different providers, that advisers want to be confident that they’ve covered all bases in each individual case.

“There are high profile examples in the national press of what can happen when things go wrong – from long drawn out disputes through to detrimental tax implications for the beneficiaries – and advisers don’t want to risk their clients being caught out.

“The current rules can be extremely generous for beneficiaries, but this level of complexity and consequences seem an unnecessarily high cost to pay.”

Kevin Blake, of Ridgeways (FP), added: “Four years on from the introduction of pension freedoms the death benefit rules are still overly complicated for advisers, let alone our clients.

“It is very easy for them to do something or forget to do something, such as not amending their expression of wishes if a beneficiary dies before them, which then causes problems when distributing the benefits.

“Reform of this system is badly needed.”