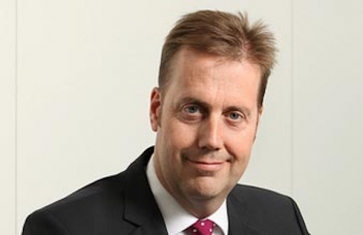 Mr Briggs, who will join Phoenix as CEO-designate on 1 January, will also be appointed to the Phoenix board and will get a salary of £800,000 and a pension allowance of 12% of salary.

He left Aviva in April and has been on gardening leave since then.

Phoenix says he leaves a business with “an experienced senior executive team that has delivered on all of its financial and operational targets”.

He and the team were said to have “successfully navigated the fundamental changes and consolidation occurring within the life assurance and pensions industry”.

In that time the group has achieved a total shareholder return of 179%, while assets under management rose by 263% to £245bn, and the number of policyholders increased by 67% to 10 million.

Phoenix says Mr Bannister was “the architect of a series of successful acquisitions, culminating in the £2.9bn purchase of Standard Life Assurance in 2018; after which Phoenix became a constituent of the FTSE100 Index in March 2019”.

Mr Briggs has over 30 years of insurance industry leadership experience.

Aside from his role at Aviva, Mr Briggs was group chief executive of Friends Life, managing director of Scottish Widows and Chairman of the ABI.

The qualified actuary is a trustee and chair of the Income Generation Committee of the NSPCC and also serves as the UK Government's Business Champion for the Ageing Society.

Nick Lyons, Phoenix Group chairman, said: “Clive has worked with great passion and energy during his nine years as CEO.

“He has led Phoenix in a period of sustained growth and success to its current position as the largest life and pensions consolidator in Europe and he leaves us, as a business, confident and assured.

“The board would like to thank him for the tremendous contribution he has made.

“Phoenix, its customers, colleagues and investors will benefit from the smoothest of successions between two great industry leaders and, with Andy as our future CEO, we will be in the best position to leverage the broad strategic platform that Clive has delivered.”

Mr Bannister said: "I am delighted to welcome Andy as CEO-designate.

“He is the ideal candidate who combines deep knowledge of the open and heritage life businesses, strong integration and M&A skills and a proven track record in driving a radical change agenda for major UK insurance businesses.

“I am proud of all that we have achieved and I'm confident that I leave the group in good shape for my successor.”

Mr Briggs said: "Clive has done an excellent job leading Phoenix and the Standard Life acquisition is strategically transformational for the group.

“I believe the business is uniquely placed for a truly exciting future and I look forward to leading the next stage of the journey.”

More in this category: « Over 50% of adviser queries are on death benefits rules Advisers sceptical of technology closing advice gap »
back to top