Register for Financial Planning Today website for FREE to view more stories and get our daily newsletters. Click on 2 stories to see Registration pop up.
Tuesday, 12 November 2019 07:00 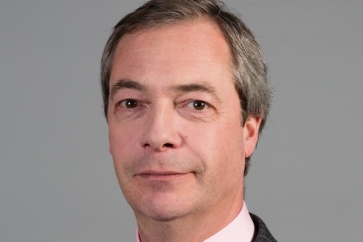 The pound will receive a boost after Nigel Farage’s Brexit Party will not be pitted against Conservatives in 317 seats in next month’s election.

That is the claim made by the boss of international IFA firm deVere Group.

The upbeat message from Nigel Green, founder and CEO of deVere came as the Brexit Party’s leader Nigel Farage revealed yesterday that he will stand aside in all 317 seats won by the Conservatives in the 2017 general election, fighting only seats held by other parties in the 12 December poll.

Mr Green said: “Nigel Farage has given the Prime Minister a massive boost in the election as he stands down candidates from his Brexit Party.

“In turn, this will give a welcome boost to the Brexit-battered pound, which has consistently been something of a Brexit bellwether.

“The move reduces the likelihood of another hung parliament, which would have led to more parliamentary paralysis and more crippling delays on Brexit.

“All of this would have generated yet more, intensified uncertainty – something financial markets loathe.

“This is why the pound has jumped on the news of the informal Johnson-Farage pact.

“Looking ahead, a Conservative majority would give the Government the enhanced ability to move on with the Brexit process.

“Wealth, jobs and opportunity-generating businesses – both in the UK and internationally - have been crying out for certainty. There is the hope a majority government could lift the fog of Brexit that’s been hampering investment and confidence.

“Should a Conservative majority be returned next month, I believe that the pound will reach $1.35.”

He added: “The pound will also be given a boost as the agreement is a serious hammer blow for Jeremy Corbyn’s Labour party.

“His anti-business rhetoric and high tax and low-profit policies would lead to considerable and sustained selling of the pound.”

Last week, the deVere CEO said he believed a Jeremy Corbyn-led Government would “trigger an exodus of the country’s most successful and wealthiest individuals who contribute significantly both directly and indirectly to the British economy”.

He added: “Sterling’s outlook will become increasingly bullish over the next few weeks if the Conservatives continue to do well in the polls in the run-up to the election.”