Register for Financial Planning Today website for FREE to view more stories and get our daily newsletters. Click on 2 stories to see Registration pop up.
Tuesday, 12 November 2019 09:53

Millennials have ‘no clue’ about £4trn IHT risk 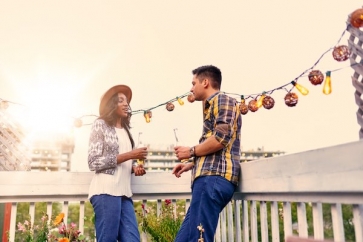 More than six in 10 millennials have no clue about their financial plans when it comes to IHT despite being likely to inherit around £4trillion by next year, according to a major survey for a wealth manager.

There is a wall of inherited wealth set to come the way of millennials - those born between the 1980s and 2000s.

However, few are prepared to deal with the financial and tax decisions surrounding the money, according to wealth manager JM Finn’s survey of 1,000 millenials.

The company has warned that a significant chunk of the money will be lost to inheritance tax due to lack of advice.

The survey found that only 2.6% of millennials it surveyed have access to a financial adviser or wealth manager and over half (51%) of the study’s millennial respondents have no plans to seek financial advice once they receive their inheritance.

According to the study, a third (34%) of millennials never talk about finances as a family.

A further 29% say they do talk about finances with family but only to a very limited degree.

Of those millennials who have never talked to their parents about wealth and inheritance, almost two-thirds (65%) admitted they “did not have a clue” about their future financial plans.

Anna Murdock, head of wealth planning at JM Finn, said: “The stiff upper lip we Brits are so renowned for has led to a break-down in communication, which is set to disadvantage over two-thirds of millennials, leaving them completely unprepared to take appropriate steps to protect their financial interests in later life.

“In the same way we now talk honestly about mental health and are breaking down those traditional taboos, it’s vital to tackle the ‘final taboo’ around finance, encouraging open conversations about money across the generational divide.”

“With a huge amount of intergenerational wealth transfer on the horizon, the lack of financial advice taken by millennials is a red flag.”