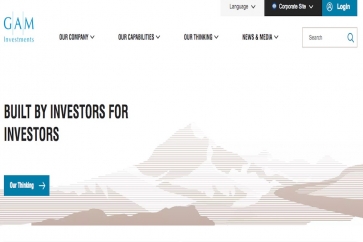 The company has hired Steve Rafferty in the new role, which was effective from 4 November.

Mr Rafferty was formerly at BlackRock for 16 years, most recently as global COO for the fixed income division, where he was responsible for the operating integrity of the $2trn fixed income business.

He reports to Peter Sanderson, group chief executive officer, and is responsible for overseeing GAM’s day-to-day global business and ensuring that the business has the connectivity, coordination and operating processes required to meet its strategic goals.

Mr Sanderson said: “Reducing complexity, as well as strengthening our core business and improving profitability, are fundamental to the future of GAM.

“Steve has a demonstrable track record in designing and implementing improvements across a global business and his appointment will further support us in achieving our objectives.”

More in this category: « FCA warns staff over 'shameful' state of London HQ CPI inflation drops from 1.7% to 1.5% »
back to top