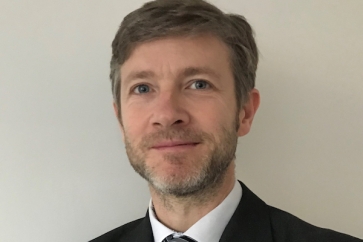 Ben Wilson has been appointed director of advocacy at the Association of British Insurers (ABI).

Mr Wilson will take up the role from 27 January.

He will be joining the ABI from The Equality and Human Rights Commission, where he currently is executive director for corporate improvement and impact.

Previously he has held senior roles at six government departments (including Number 10), most recently as deputy director of communications at the Department for Work and Pensions.

He has also held senior communications positions at the BBC and worked on the United Nations’ international peacekeeping mission in Timor-Leste.

Huw Evans, director general, ABI, said: “This is an important appointment for us.

“Ben brings valuable advocacy expertise as a regulator and former senior government official and will help us communicate the value of our sector at a time of significant challenge and uncertainty.”

Mr Wilson said: “The ABI plays a vital role championing the UK’s world-leading insurance and long-term savings industry and I am excited to join at such a critical period.

“I look forward to working with businesses across the industry to navigate the challenges ahead and provide a strong voice for the sector.”