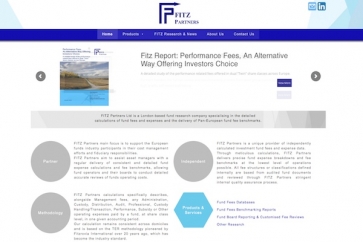 New research from Fitz Partners, based on its ‘UK Fund Charges’ database, has revealed that 23% of retail assets invested in UK funds are still held in pre-RDR share classes that might pay trail commissions to financial advisors.

In comparison, the percentage of these retail assets in 2013 was over 70% and has been steadily declining over the years.

According to Fitz Partners fee data, the average OCF of legacy retail classes for Equity funds has dropped by 8.8% when OCF for Clean classes and Clean-Wholesale classees intended for the largest distribution platforms have come down by 10.1% and 9.8% respectively.

“The FCA’s ruling facilitating the transfer of investors to clean share classes 18 months ago has had some effect but maybe not as much as expected since it would not allow an easy switch of some retail investors who would have invested sometimes decades ago through an advisor, still being paid trail commission, and to whom they are still legally tied to.

“We expect to see a further decline in assets invested in legacy retail classes in the coming months as our clients are monitoring these share classes as part of their assessment of value.

“The level of fees for retail classes have come down since the introduction of clean classes seven years ago but the difference between the retail fees before any potential rebates and the corresponding clean class’ stands at 59bps.

“This 59bps difference remains larger than the platform fees that would have to be paid directly by investors when switching to clean classes.”

More in this category: « VitalityInvest launches product updates for advisers CEO pays 'excessive remuneration' to wife to cut tax »
back to top