NHS to pay tax bills to get doctors back doing overtime 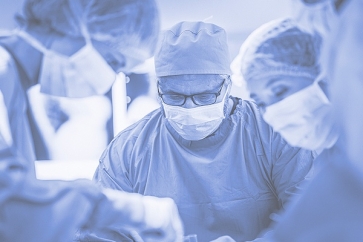 The Government has promised doctors in England that their tax bills will be covered by the NHS in an attempt to get them to do overtime shifts.

They had been refusing to do extra work because they were being landed with bills after changes to how much can be accrued in pensions tax-free.

The plan will mean doctors can take money out of their pension pots to pay the tax bills they get next year.

The health service will then top up their pension pots before retirement, meaning the cost of the measure to the NHS will be spread out over time while doctors will not lose out.

The one-off emergency fix will only apply for the 2019-20 tax year.

The British Medical Association (BMA) backed the plan, but called for greater clarity and a long-term solution.

Dr Chaand Nagpaul, BMA council chair, said: “These proposals under discussion could, if properly implemented, provide the respite needed to enable significant numbers of doctors to increase the work they are doing, giving vital patient care at a time of unprecedented demand.

“However, we don’t yet have important details about how the such a scheme will work; details that are crucial to the BMA and to the tens of thousands of doctors that we represent in order to provide the necessary reassurance that doctors can take on additional work without this resulting in any financial penalty.”

He added: “We look forward to having those details in the very near future, and call on the next Government to urgently scrap the annual allowance in defined benefit schemes such as the NHS, a solution proposed by their own advisory body, the Office for Tax Simplification.”

Jon Greer, head of retirement policy at Quilter, said: “It would be a radical move by the Government to pay the pension tax bills of NHS workers.

“It is an effective admission that the pension annual allowance taper is a broken policy that is too unpredictable and punitive, however it has taken the country to be on the cusp of a winter crisis in the NHS during an election for the Government to address it.

“This would be a controversial policy given it offers NHS staff special treatment and ignores large swathes of high earning public sector workers who provide critical services everyday such as judges, teachers and transport workers.”

He added: “This quick fix to avert a crisis is the only option open to the Government right now.

“Over the longer term the Government should go much further – the noble thing to do would be to accept the taper is not fit for purpose and reverse it.”