Register for Financial Planning Today website for FREE to view more stories and get our daily newsletters. Click on 2 stories to see Registration pop up.
Tuesday, 19 November 2019 10:50 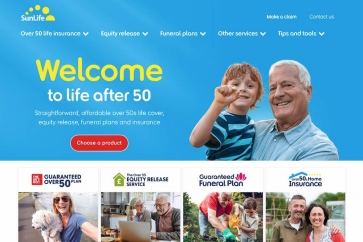 A third of over 50s say they do not think they have enough money to provide them with sufficient income for their retirement.

That is according to the latest research by over-50s finance firm SunLife.

In the study of 3,000 people aged over 50 the firm found that women were more worried about not having enough money in later life than men.

The survey also revealed that 22% of men over 50 said they were confident they have enough and 30% say they do not.

Overall, 28% of over 50s do not have a private or company pension, but among women, the figure rose to 35%.

Many over-50s said they will look to other income sources other than pensions for retirement income; 27% said they were hoping their partner or spouses’ pension will fund their retirement, rising to 30% of women, 12% said they were going to continue to work to provide an income, while 11% were expecting an inheritance.

According to SunLife’s research, homeowners over 50 have seen their homes increase in value by around £135k and 20% of over-50s said they planned to use this equity to help fund their retirement; 14% said they will downsize, 6% planned to use equity release.

Simon Stanney, equity release, marketing director at SunLife, said: “Our research reveals that one in five over-50s don’t have private pensions and that many over 50s are worried about being able to find their retirement.

“But we can also see that one in five have realised the value of their home could help bolster their pensions, either by downsizing or equity release.”

He added: “Our research reveals that 62% of over 55s do not want to downsize; this is where equity release can offer a solution.”