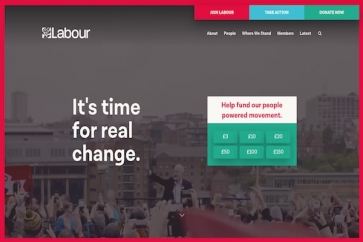 The Labour Party has pledged to spend £58bn compensating so-called WASPI women up to £31,000 each.

The scheme, which was revealed yesterday and not in the party’s manifesto, would see those affected by the rise in State Pension age compensated.

The party says the scheme will be delivered within Labour’s first full five year term of government.

Mr McDonnell said the pay-outs were a “historic debt of honour” to the women.

Jeremy Corbyn, Leader of the Labour Party, said: “This is about consideration for those who have paid into the system all their lives and made this country what it is, only to be hung out to dry by a government that puts the interests of the richest first.

“The next Labour government will compensate women who were unfairly hit by the rise in the state pension age and give them the respect they deserve.”

Mr McDonnell said: “We’ve prepared a scheme to compensate these women for a historical wrong.

“It’s one that they were not been able to prepare for and for which they’ve had to suffer serious financial consequences for as a result.

“Some of them have been hit by a combination of poverty and stress, having lost out on what they had contributed towards.”

He added: “We will introduce it as rapidly as we practically can and we will try to ensure the payments are made promptly.

“It’s a five year scheme and they will get their redress over that five year period.

“This is a basic principle of justice that we have to adhere to as a government and we are hoping that people will appreciate the sense of injustice and anger that these women feel about the changes that were imposed upon them.”

The party provided additional details on how the plan might work.

It says the amount paid for each ‘lost week’ would depend on the year of birth, with women born between 6 April 1950 and 6 April 1960 being paid some “redress”.

A statement from Labour read: “On that basis, the individual redress payments would vary between nil and £31,300, with an average payment of £15,380.

“The total cost of such a proposal is estimated to be £58 billion before tax, but it could be paid in instalments, e.g. £11.5 billion per annum, if paid over 5 years.

“The compensation scheme is a one-off historical redress for a historical wrong, so the state will be expected to find the money, just as it would do if the Government lost a court case, rather than a policy decision.”

Appearing on the BBC's Andrew Marr Show, Paul Johnson, director of the Institute for Fiscal Studies (IFS), said: “This drives a coach and horses immediately through the manifesto pledge to get to current budget surplus to remain at current budget balance.”

The IFS had previously labelled Labour’s plans to raise £80bn of tax revenue through increased contributions from companies and the top five per cent of earners as “not credible”.