Financial adviser jailed after stealing £600k from own family 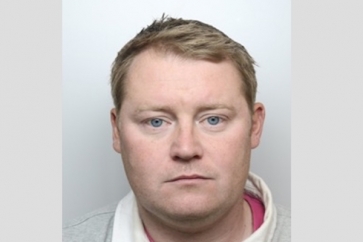 A Sheffield financial advisor who stole more than £600,000 from his own family members to fund a life of luxury has been jailed for over six years.

David Nicholas King, known as Nick, stole hundreds of thousands of pounds of his late grandmother's life savings, and “frittered away” cash which had been given to him by other members of the family who thought he was going to invest it for them using his financial expertise.

Instead, Mr King spent the money on holidays, designer clothing, expensive cars, days out shooting and a trip to the Ryder Cup golf competition in the USA.

The 38-year-old, of Foolow, Eyam, Derbyshire, but previously of Sheffield, was sentenced to six years and four months in prison after pleading guilty to three counts of theft and one count of fraud by false representation.

He was given £370,000 from the sale to invest in a bond for her children and grandchildren after two previous bonds he had set up with his grandmother's savings, worth £140,000 and £280,000 respectively, had performed well.

“Matters finally came to a head in September 2017 when family members wanted to confront King about various discrepancies in his stories about what was happening with the money.

“His mother called him and after asking what was going on he replied: ‘Mum, you're not going to like this but I've spent the money, and never invested the money from the sale of Granny’s house.’”

Mr King, who ran his own business called DNK Wealth Management, told his mother he had also started spending the money contained in the original two bonds.

Further lawbreaking occurred when Mr King spent £20,000 of his mother’s inheritance from his grandfather, and £10,000 of his ex-Royal Marine brother’s savings.

An additional £35,000 was stolen from a close family friend, whom he had tricked into handing over funds under the pretence they would be used as ‘bridging finance’ for one of his clients for a house purchase.

In fact, the client never existed.

On several occasions, Mr King had drawn up bogus paperwork and documentation to make it look like the various ‘investments’ were performing as planned.

DC Douglas said: “Stealing his family members’ money in this way was the ultimate betrayal.

“All of them trusted King to invest their money carefully on their behalf as their financial adviser.

“Instead, he frittered it away on a lavish lifestyle he could not afford, treating himself to various exotic holidays, designer outfits and days out at an exclusive shooting range in North Yorkshire.

“King's offending has torn his family apart and they have all found it extremely difficult to come to terms with the fact they were lied to for years.

“In all this time, King has shown barely any remorse for his actions.

“And, while I acknowledge the admissions he has made and his guilty plea, he only did this when he could no longer conceal what he had done.

“In the space of a few months he wiped out what it had taken his grandparents a lifetime of hard work and thrift to accrue.

“Sadly, today's sentence is never going to undo the devastating impact King's crimes have had upon his family.

“However, I am pleased justice has been done and King’s cruel crimes against those who should have been able to trust him have been exposed.”

More in this category: « Firm appoints new Financial Planning leader Chartered Planner lucky to be alive after heart treatment »
back to top