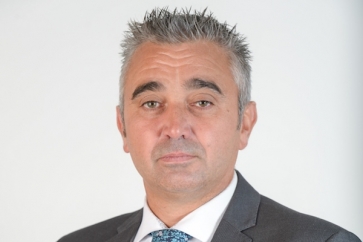 The Pensions Regulator (TPR) has revealed that Darren Ryder, director of automatic enrolment, will be leaving the organisation.

Mr Ryder joined TPR eight years ago to support the initial design and delivery of auto-enrolment in the UK following his involvement in the implementation of Kiwi-Saver in New Zealand.

He initially joined TPR on a six-month secondment, but decided to stay on and worked as head of compliance and enforcement before becoming director of the AE programme in 2017.

He will be leaving in “early 2020 to work directly with other countries planning to implement their own automatic enrolment programmes”, TPR says.

Charles Counsell, chief executive of TPR, said: “Darren has made a huge contribution to the successful delivery of automatic enrolment in the UK, with more than 10m people now saving into a pension.

“Darren only planned to be with us for six months, and he stayed for eight years, supporting me and the wider TPR team through the design, build and delivery of automatic enrolment.

“I am hugely grateful to him for the difference he has made and I wish him every success in the future.”

Mr Ryder said: “I have thoroughly enjoyed my time at TPR and am immensely proud of the work the team has achieved together.

“I know that I am leaving committed, talented people who will continue to build on the success of AE, ensuring that millions more people can save with confidence for their retirement.”