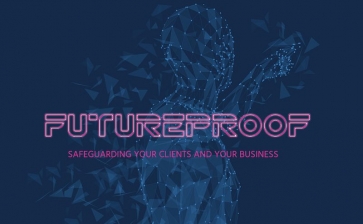 DB pension transfers are heading for a mis-selling scandal which will attract strong attention from 'ambulance chaser' claims firms, a panel of leading Financial Planners and experts predicted at the PFS 'Futureproof' Annual Financial Planning Conference this week.

Panellists believed that following the ending of the PPI era, many claims management companies (CMCs) were already turning their attention to DB transfers.

More than 100 planners attended the break-out session 'Game Over for DB Transfer Advice?'

A straw poll by chair Paul Lothian, Chartered Financial Planner and CFP of Verus Wealth, found that approximately 80% of the audience were still advising on pension transfers but about 10% of the total audience had pulled out of giving DB transfer advice in the past 12 months.

Soaring Professional Indemnity premiums and inability to get PI cover were blamed as the main reasons for pulling out.

Mr Lothian posed the question to the panel: "Is there a mis-selling scandal emerging?". There was unanimous agreement that a mis-selling problem was happening.

Ms Tait, of Intelligent Pensions, said: "It would be quite naive to imagine we are not on the claims management firms' radar."

He said: "I think there is and already has been a mis-selling scandal. A third of DB transfer have been rated as unsuitable (by the FCA) and although that's not a statistically reliable number clearly there is an issue."

He said most people in the profession wrongly saw DB transfer mis-selling as an "isolated" issue but there were signs that many advisers had not done their jobs "properly" when it came to DB transfers. He said further FCA scrutiny of DB transfers was inevitable.

He added that while DB transfers were not wrong, transferring a client's only final salary scheme to another provider was hard to justify. Where clients had several pensions it could be a different story but he added that "transfers should be a last resort."

Ms Wardle said previously she would be strongly in the camp of wanting to see a ban but now she was "not so sure" because banning contingent charging could shut out many lower income clients from the pension advice process.

Ms Tait said regulatory scrutiny was not always something to be feared. She said her own firm had attracted FCA scrutiny of its transfers and had made changes to its processes. She said the regulator's intervention was helpful in improving the quality of advice.

• See other stories from the PFS Annual Conference on Financial Planning Today and check our Twitter account on @_FPToday and #PFSFutureProof for continuing coverage.

More in this category: « FCA to ban marketing of controversial mini-bonds Nucleus adds trading enhancements in platform boost »
back to top