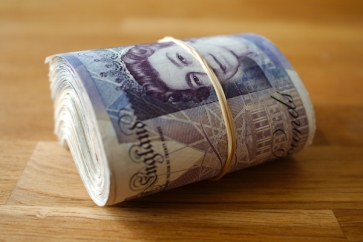 It has been revealed that nearly 20% of parents and grandparents hide their savings at home or in secret places, new research has found.

Raisin.co.uk is warning of the shifts in the way Britons handle their cash with savers aged 45+ being least likely to trust anyone but themselves with their money, with some opting to stash money instead, collectively totalling in the millions.

People living in Wales (21%), South West (19%) and East Midlands (18%) were shown to share the highest proportions of savings above £10,000, while those that chose to bank their savings, revealed that 34% tied their money up in current accounts - collectively missing out on millions in interest payments

Discussing the research Kevin Mountford, Raisin CEO, said: “From the research, we can see a widening gap in trust in banks and financial institutions that are impacting how consumers choose to save their hard-earned cash.

“For some saving may not seem an option, but saving (even a little) at the start of the month is a great way to get a good habit started.

“Most importantly, stashing your cash at home is incredibly unsafe - not only are you putting your savings at risk of theft but you’re also missing out on vital interest that could be earned from one of the many FSCS protected accounts that are currently available.

When today's older generation were in their 20’s and 30’s they said the thing they saved most for was holidays (45%) compared to just 36% of today.

“However, almost three-quarters of 16-24-year-olds don’t have any money put away for emergencies, yet a third (33%) are currently saving for a car.”