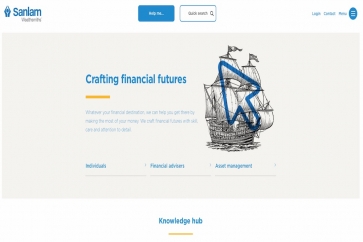 The vast majority of HNW individuals (78%) believe that setting Financial Planning targets is important but only 1 in 4 have spoken to financial adviser this year, preferring to adopt a 'hit and hope' approach, according to a new survey.

Around one in five (19%) HNWs have never spoken with a financial adviser, according to the report.

According to the ‘What’s Your Number’ report by Sanlam UK only 29% HNW savers say they have set a savings target for their retirement.

The report, which looks at the key savings ‘numbers’ to know in people’s lives, revealed that just a quarter (25%) of HNWs (those with more than £100,000 in savings and investments excluding pension) have spoken to a financial adviser in the last year.

Looking at the number of people that have spoken to an adviser within the last 10 years, HNWs are more than “twice as likely” as those with smaller savings pots to have spoken to a financial adviser but  over a quarter (28%)have not done so.

Sanlam says the report highlights a “worrying reality gap” because 78% of HNWs are confident that they will achieve the savings they need to retire when they want to but only 6% of HNWs say it is  important to know their target retirement pot.

When it comes to setting a savings target for their retirement, just 29% have done so.

Some 60% of those that have not spoken to a financial adviser say it is because they believe they can do it themselves.

Just under a third (31%) say it’s because they do not trust financial advisers and one in five (20%) think it will cost too much.

Lawrence Cook, Sanlam head of UK intermediaries distribution, said: “Our report notes that advisers identify saving for retirement as the most common challenge for their clients and this is reflected in the broader findings of the report. Planning to retire is the great ‘hit and hope’, even among HNWs - often despite their best intentions.”

Sanlam UK surveyed  500 adults with £100,00 in savings and investments, excluding pensions, in August.

More in this category: « FCA wants more details of directors as SMCR looms Tilney boosts Financial Planner team in Scotland »
back to top