Advisers could be hit with extra £46m FSCS levy 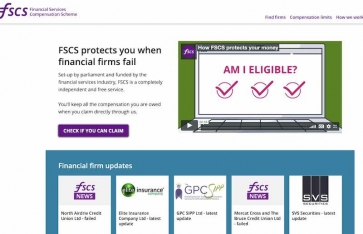 The Financial Services Compensation Scheme has warned that there is a ‘high risk’ of a supplementary £46m levy on advisers and providers.

The FSCS, headed by new chief executive Caroline Rainbird, is also suffering rising costs itself as it deals with more claims.

Commenting on the risk of a supplementary levy, the FSCS said: “We expect to raise a supplementary levy and forecast £46m will be needed from the (Life Distribution, Pensions and Investment Intermediation) class (including the provider contribution).

The FSCS said it had seen an increase in expected compensation in this class of £44m (23%) compared to the levy forecast. The main area of claims, £162m of total costs of £237m, is in relation to pension advice.

The FSCS said: “We have experienced more complex and more expensive claims in this area and this has increased the cost by £20m.”

The FSCS also expects to make 1,200 (58%) more decisions in relation to investment claims against a variety of firms, many related to the recent failures of SVS Securities and Reyker Capital. A shortfall of £14m is possible here and an additional levy also a possibility.

The FSCS says supplementary levies are not certain and it will update the industry in the new year.

It also says that due to the volume and complexity of some claims its legal expense forecast has risen by £1.5m.

It expects to dip in to reserves and is also making efforts to keep costs down.

On London Capital & Finance, the mini-bond firm which collapsed owing investors over £200m, Caroline Rainbird, the new chief executive of the FSCS, said the FSCS and FCA were continuing to investigate this “complex matter” and updates would be issued in due course.