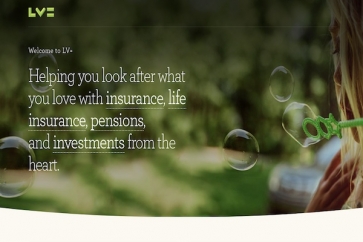 Financial mutual LV= has sold the remaining 51% it held in its general insurance business to Allianz Group, it announced today.

The company has been gradually been selling off its general insurance interests this year to focus on its pension and investment businesses.

LV= has 5.8m customers and is more formally known as Liverpool Victoria Friendly Society. It was founded in 1843 and offers a range of financial services including insurance, investment and retirement products direct to consumers and through IFAs and brokers.

Earlier this month LV= announced it had recruited Mark Hartigan from Zurich to be its interim chief executive with effect from 1 January on an initial 12 month contract, subject to regulatory approval.

The company announced earlier this month that previous chief executive Richard Rowney would step down after 13 years at the savings, investment and protection company.

Asked about theh appointment of Mr Hartigan, a spokesman for LV= told Financial Planning Today: "It’s an interim appointment, LV= will be going through a lot of change in the new year as we transform into a standalone life and pensions business following the completion of the sale of our general insurance business to Allianz and we convert from a friendly society to a company limited by guarantee. So an initial 12 month contract was the appropriate way to start."

Mr Hartigan was a member of the senior leadership team at Zurich Insurance Group between 2009 and 2019.

He held a variety of roles and was most recently head of operations for Zurich EMEA.  Prior to this he was chief administrative officer in Zurich’s General Insurance Business and chief executive officer of both EMEA and Asia Pacific for Zurich Global Life.

More in this category: « LEBC launches ‘bionic advice' service via new app Money woes cause sleepless nights for 1 in 3 »
back to top