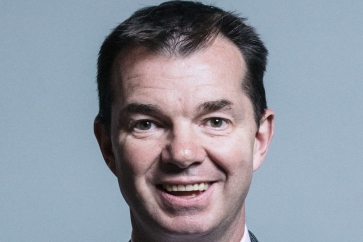 The Pension Schemes Bill - deferred from the last Parliament - has returned to the legislature with a raft of changes planned including new legislation to advance the Pensions Dashboard.

Among the changes the 198-page Bill will, which was introduced in the House of Lords yesterday, will potentially bring are:

Pensions minister Guy Opperman said using the “full weight” of the law to hit people who jeopardise pensions was one of the key themes of the new bill.

He wants to make the UK “the best place in the world to retire.”

The Bill is largely unchanged from the one deferred from the previous Parliament. Although Mr Opperman said in December post the election that a “refined” bill would be taken forward in this Parliament, a DWP spokesman said today that any changes or refinements would be done during the passage of the Bill through the Commons and Lords and that the bill was fundamentally unchanged.

The bill is available here: https://services.parliament.uk/Bills/2019-20/pensionschemes.html

Minister for Pensions and Financial Inclusion Guy Opperman said: “With this Bill, we’re pushing ahead with our revolutionary pensions agenda and delivering for the millions of people brought into saving for later life by our reforms.

“We’re ensuring those who put pension schemes in jeopardy feel the full force of the law, transforming the way people get information about their retirement savings and introducing a new pension that could boost returns for millions. This legislation is the crucial next step in making the UK the best place in the world to retire.”

Charles Counsell, chief executive of The Pensions Regulator, said: “We welcome the prompt re-introduction of the Pensions Schemes Bill and look forward to working with the DWP as it progresses.

“The measures the Bill proposes will allow us to continue in our commitment to be a clearer, quicker and tougher regulator. The Bill will give us the power to set and enforce clearer scheme funding standards in Defined Benefit pension schemes while also providing early warning of potential problems.

“Where problems do arise, new criminal sanctions and civil fines will act as a strong deterrent against risky and reckless behaviour, giving us flexibility to issue fines at the appropriate level, depending on severity.

“We support new powers to protect individuals’ pension savings. Pension Dashboards will be a vital tool for savers to understand their pensions and plan for retirement.”