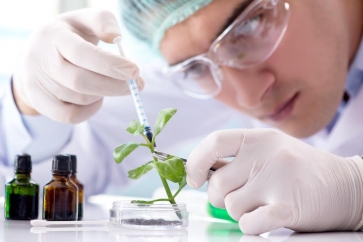 Biotech has performed well in the 2010s

Biotechnology & Healthcare was the top performing investment company sector over the past decade, according to data from the Association of Investment Companies.

The sector returned average growth of 491% from 2010 to 2019, compared to a return of 198% for the average investment company over the same period.

The top performing individual investment company over the same period was Volta Finance (part of the Debt - Structured Finance sector) which produced a return of 958% with Lindsell Train in second place with a return of 730%. Baillie Gifford, BlackRock, Henderson and Polar also had investment companies in the top 10. Four of the top 10 invested in smaller companies.

Annabel Brodie-Smith, communications director of the AIC, said: “While Biotechnology & Healthcare was the top performing sector by some margin, two UK equity sectors made it into the top ten despite the Brexit referendum and subsequent lack of clarity surrounding the UK’s exit.

“The closed-ended investment company structure lends itself particularly well to illiquid alternative investments and over the past decade the Private Equity and Infrastructure sectors have both delivered particularly strong returns. Three smaller company sectors feature in the top ten best performers, demonstrating that investment companies are the best vehicle for holding smaller companies which can be hard to sell in times of stress.

“In addition, investors who have favoured investment companies to gain overseas exposure via the Japan, Global and North America sectors have been handsomely rewarded.”