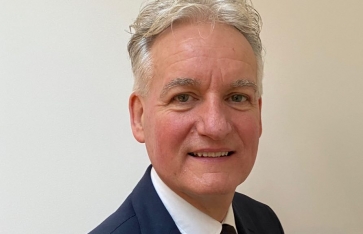 Perspective Financial Group, a national Financial Planning firm and wealth manager, has appointed a new chairman following an injection of private equity funding into the company.

The chairman is Jeff Scott, who has a 30 year track record in financial services and was recently chief executive of Santander Asset Management.

Private equity firm CBPE Capital LLP announced earlier this month it would make “a major investment” in Perspective to speed up expansion plans. Since it was founded in 2008, Perspective has acquired 35 IFA firms, including four in 2019.

Prior to Santander, where he worked from 2008 to 2017, Mr Scott was director of mortgages at Santander and Abbey, and marketing director of Inscape Wealth Management.

As well as chairing Perspective, he will continue with his current role as chairman of NatWest Trustee Depositary Services.

Mr Scott said: “I am privileged to be part of such a strong team with CBPE Capital LLP’s recent major investment in the group. I share their ambitions for future growth and look forward to helping guide the business.”

Ian Wilkinson, group managing director said: “We are very pleased to have Jeff on-board as our new Chairman. He brings proven expertise of guiding organisations to achieve the highest possible client-centric standards across all aspects of their operations and of using digital technology to deliver transformational change and sustainable growth.”

The role of chairman was previously taken by company founder Paul Hogarth.