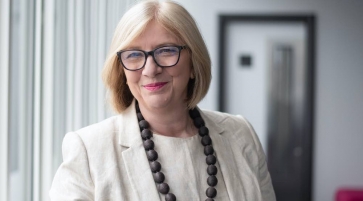 Ms Siarkiewicz has been acting CEO since June 2019 when she took over from predecessor John Govett who resigned suddenly for family reasons two months after MAPS was officially launched.

The organisation recently published a 10 year strategy to boost UK financial wellbeing, encouraging millions more to save more and plan for retirement.

Ms Siarkiewicz was previously partnerships and commissioning director at MAPS. Prior to that, she was head of UK debt advice at one of MAPS forerunners, the Money Advice Service and chief executive of the Institute of Money Advisers.

“Caroline has demonstrated - both through her time as acting chief executive and in her previous roles - her understanding of and commitment to MAPS’s vision, its customers, its people and its stakeholders throughout the UK.”

Ms Siarkiewicz said: “I am delighted to be taking up this new role on a permanent basis at such an exciting time for MAPS. I would like to take this opportunity to thank Hector and the board for their confidence in me and I look forward to continuing our work towards everyone making the most of their money and pensions.

Pensions Minister Guy Opperman MP said: “I’m delighted that Caroline will be leading the Money and Pensions Service through the next stage of its development.  The delivery of the UK Strategy and Pensions Dashboard, alongside the current services that support the most vulnerable, remain top priorities for this government.  I wish Caroline and all of the team at MAPS every success.”