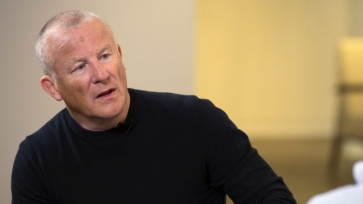 The LF Woodford Income Focus Fund is to re-open on 13 February under the Aberdeen Standard Investments brand.

Link Asset Services, the company handling fund administration after the Woodford debacle, has written to investors about the re-opening of the fund, now called the LF ASI Income Focus Fund.

Woodford Investment Management closed its funds last year as investors tried to pull money out following concerns about investments. Recently Link announced plans to part compensate some investors in failed Woodford funds. Many expect to lose 40% or more of their money.

Link says Standard Life Investments Limited, trading as Aberdeen Standard Investments, was appointed as the new investment manager of the fund on 31 December.

Since then ASI has been working to “re-position” the fund’s investments into a portfolio that ASI considers is “best placed” to add value for investors with a view to re-opening the Fund.

Link says it now believes the fund is ready to be re-opened.

The lifting of the suspension of the fund will mean investors can once again buy and sell shares in the fund.

Ryan Hughes, head of active portfolios at AJ Bell, said: “This news will bring welcome relief to those investors who have been stuck in the fund since it suspended back in October.

“While smaller than the ill-fated Equity Income fund, there is £250m in the fund that will re-open under new management and follow a different investment approach.”

He believes the fund will re-open with a totally different portfolio to previously and investors should take this into account in deciding what to do.

More in this category: « Tax experts warn of HMRC Marriage Allowance error 59% are interested in financial advice careers »
back to top