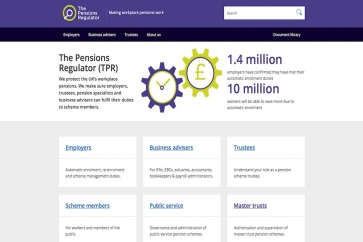 The former head of a charity for the disabled has been handed a 5 year jail sentence for cheating the charity’s pension scheme out of more than £250,000.

Patrick McLarry, 71, took funds from the pension scheme of Yateley Industries for the Disabled and used it to buy homes in France and Hampshire for himself and his wife and to pay off a personal debt.

At the time of committing the fraud, McLarry was both chief executive and chairman of the charity and a director of VerdePlanet Limited, the corporate trustee of the charity’s pension scheme.

The Pensions Regulator brought the prosecution and is now seeking a confiscation order to force Mr McLarry to hand back all the money he took.

McLarry, of Bere Alston, Devon, admitted one charge of fraud at a previous court hearing but then attempted to change his plea to not guilty.

This week Winchester Crown Court heard that the case was a sophisticated fraud over a number of years against vulnerable victims.

Judge Andrew Barnett said Mr McLarry had acted with dishonesty and breach of trust, adding he had “milked the pension fund of considerable funds, spent entirely for your own needs and your wife.”

Mr McLarry was jailed for five years and banned from being a director for eight years.

Nicola Parish, TPR’s executive director of Frontline Regulation, said: “Patrick McLarry held himself out as a pillar of the community. We were determined that he should face justice for defrauding pension savers. This sends a clear warning that we will use the full force of our powers and work with partner enforcement agencies to protect pension savers.

“McLarry tried every trick in the book to hide his actions and squander the pension pots of those he was responsible for, but we were able to uncover the truth and bring him to justice.

“We will now work to seize assets from McLarry so that as much of the money as possible is returned to its rightful owners who will rightly rely on it to deliver their pensions in retirement.”

The City of London Police Economic Crime Directorate assisted the TPR with the execution of warrants and the search of two premises in July 2018 which secured evidence later used in the successful prosecution of Mr McLarry.

More in this category: « CISI flagship Paraplanner Conference moved to September 2 in 3 couples failing to get retirement planning advice »
back to top