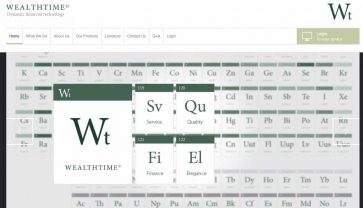 Initially the investment will be used to expand Wealthtime organically but Wealthtime may also consider acquisitions of its own in due course, it says.

The deal is subject to regulatory approval and no price for the deal has been disclosed.

Wealthtime says the capital will be invested in Wealthtime’s proprietary platform technology to “improve the user interface, streamline processing and diversify the product offering.”

Wealthtime, one of the smaller adviser platforms, was founded in 2006 and manages £2bn in assets under advice.

As part of the deal Wealthtime will see three new executives join its senior team but two founders will move to short term consultancy roles.

Steve Payne, who built the proprietary technology, and Damian Baker, who heads up the award winning customer service proposition, are also remaining with the business and will be part of the senior team.

Jan Regnart, founder and current chief executive and former James Hay CEO, and Colin McCarthy, compliance director, will both move into consultancy roles to to help with a handover during the next 12 months.

The acquisition of Wealthtime is AnaCap’s first investment in the UK platform sector.

Patrick Mill, incoming CEO at Wealthtime, said: “Over the years, the company has built an enviable reputation among advisers. Now, with the right investment, there is a clear opportunity to scale-up the business transforming the customer experience, enhancing the platform and reaching more of the adviser market.”

Jan Regnart, CEO, Wealthtime said: “We founded Wealthtime because we believed the best advice deserved an exceptional service too and I’m incredibly proud of what we’ve achieved.”

Nassim Cherchali, managing director at AnaCap, said: “The acquisition of Wealthtime represents AnaCap’s first step into the UK wealth management space, with their highly impressive proprietary technology platform being a significant catalyst for the pursuit of this deal.”

More in this category: « New international SIPP launched for UK expats Fall in percentage of successful SIPP complaints »
back to top