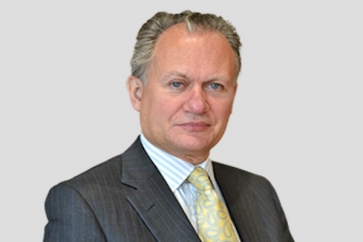 Both firms have been hit by outflows from flagship funds in recent times but both remain significant players in the UK fund sector with Jupiter managing £65bn and Merian £22bn.

Merian was the product of a £550m management buy out from Old Mutual in 2018 structured by private equity firm TA Associates. The MBO was led by leading fund manager Richard Buxton who became chief executive and a major shareholder in Merian. Mr Buxton stood down as CEO a year ago but remained head of UK equities and manager of the Merian UK Alpha Fund as well as a major shareholder.

Following the deal TA Associates Management LP will once again become a “significant long-term shareholder” of Jupiter with an approximate 16% shareholding.

Jupiter will acquire the entire share capital of Merian for an upfront £370m to be paid through the issue of 95m new Jupiter shares to Merian shareholders. There will also be a payment of up to £20m in earn-outs to key Merian management shareholders, subject to revenues growing.

Once the deal is completed, Merian shareholders will own 17% of the merged Jupiter-Merian business.

One-off and integration costs are estimated to be £40-45m, most of which is expected to be incurred in the first 12 months post-completion.

Ryan Hughes, head of active portfolios at AJ Bell, said he saw sense in the deal after recent tougher times for both businesses: “News that Jupiter is in talks to buy Merian will come as a surprise to many given that it was less than two years ago that Richard Buxton led a management buyout of his fund management business from Old Mutual, while Jupiter themselves have been touted as a possible bid target.

“However, the past 18 months have been tough for both businesses with outflows from flagship products that has provided a major hit to revenue with Jupiter losing Alexander Darwall from their European desk with assets following and Merian seeing their Global Equity Absolute Return fund shrink significantly with following weak performance.

“Should this deal go through, it would continue the recent trend of active managers merging to try drive cost savings through their businesses to take the fight back to passive managers who are making inroads in the market and attacking asset managers revenues.”