Register for Financial Planning Today website for FREE to view more stories and get our daily newsletters. Click on 2 stories to see Registration pop up.
Friday, 21 February 2020 08:56 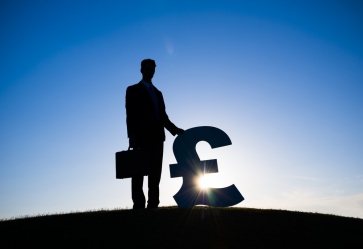 The Government has today launched a consultation which could see its Dormant Assets scheme significantly expanded to include funds and a wide range of other investments held by investors.

A Treasury report looked at whether assets from “insurance and pensions, investment and wealth management and securities” could be added to the scheme.

The Government says most investment and insurance products could be included in an expanded scheme although most pensions will likely be excluded for the time being.

The Dormant Assets scheme allows the Government to ‘unlock’ dormant or unclaimed money held in accounts and re-use it for good causes.

While the money is transferred to the Dormant Assets scheme the original investor’s money is safeguarded if they, or someone with entitlement to the money, eventually claims it.

At present the Dormant Assets scheme only covers bank and building society accounts.

The public consultation, which runs until 16 April, follows two industry reports which made a number of recommendations about broading the scheme.

Since 2011 the Dormant Assets scheme has transferred £1.2bn to Reclaim Fund Ltd, the body set up to channel the money towards a variety of social schemes including tackling youth unemployment and problem debt.

The expansion of the scheme could mean that unclaimed money held in everything from unit trusts and funds to endowments, term policies and investment bonds could be re-used to support good causes.

It is likely that only selected pension asset would be included in an expanded scheme initially. The consultation says: "Industry Champions recommended for inclusion certain pensions products that crystallise to cash—namely defined contribution personal pensions, income drawdowns, and deferred and guaranteed annuities. Having carefully considered these recommendations, the government does not believe that these assets should be included in the scheme at this time."

In an introduction to the consultation Minister for Civil Society Baroness Diana Barran and John Glen, Economic Secretary to the Treasury, say: “The success of the UK’s dormant assets scheme is a testament to the commitment and drive of the banks and building societies that have been leading the charge on responding to the moral imperative to put assets lying idle to good use.

“Dormant assets remain the rightful property of their owners, and the scheme guarantees their right to reclaim the amount owed to them at any time. This underpins the entire scheme, and is crucial to ensuring that everyone from consumers to firms trusts and supports it.”

More in this category: « Quilter platform cuts charges for family investments LEBC in ‘buoyant mood’ despite losses and turnover slump »
back to top