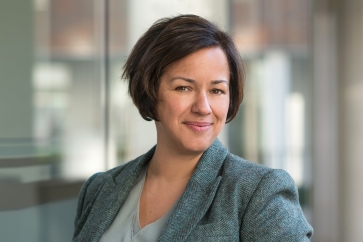 The latest report from platform and fund research house Fundscape has revealed that passive funds were the clear winners in 2019 fund sales in a tough year for many groups.

Passive funds dominated 2019 sales and particularly in Q4 when 8 out of the top 10 funds sold via platforms were passively managed.

Among individual fund groups, Brexit nerves kept investors hesitant but Vanguard was “streets ahead of the competition” with double the platform sales of its nearest rival.

Fundscape says in its latest Platform Report that 2019 was a “tough year” for fund manager groups although 2020 could be better following the election and clearer strategy on Brexit.

The company said: “The Brexit brouhaha, geopolitical concerns and the Woodford fallout all conspired to make 2019 a tough year for fund groups. Thankfully it ended on a high with sales surging in December after the government’s election victory and the end of political uncertainty. As a result, gross fund sales via platforms in the last quarter rose to £34bn and net sales £9bn, bringing yearly totals to £112bn and £36bn respectively.”

The top 10 fund groups include both active and passive managers but there was a clear trend towards using model portfolios and trackers as the ‘building blocks’ for portfolios, says Fundscape. There was also strong demand for mixed asset funds.

The trends fuelled fund sales for Vanguard which saw gross platform sales during the year of £11.8bn, nearly double its nearest rival Blackrock which saw £6.8bn in gross sales. Vanguard had four of the top 10 best selling funds. Also doing well were Lindsell Train and Fundsmith.

Bella Caridade-Ferreira, chief executive of Fundscape said, “In 2019 investors chose to sit on the fence until the direction of Brexit was clear. Now that that is behind us, fund sales should surge. The ISA season, which was crippled in 2019 by the 31 March Brexit deadline, will be a bumper one in 2020.

“Demand for passive funds has grown exponentially. The regulator, advisers and investors are focused on value for money and that is driving down fees and pushing up demand for trackers. In 2019 trackers accounted for 40% of sales, but their market share rocketed to 52% in the fourth quarter.  We expect that trend to continue in 2020… unless of course there’s a significant stock-market correction.”

More in this category: « LEBC in ‘buoyant mood’ despite losses and turnover slump New PFS pathway for 15,000 potential financial advisers »
back to top