NOW Pensions calls for all workers to be auto-enrolled 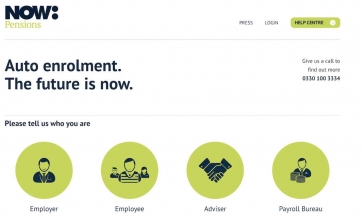 One of the leading auto-enrolment pension providers, NOW:Pensions has urged new Chancellor Rishi Sunak to extend auto-enrolment to all workers in his first Budget next month.

At present, only those earning over £10,000 per annum are eligible for auto-enrolment, leaving many women who work part time and other part-time workers left out.

The company, which provides pensions for 1.7m people, also wants all earnings to be pensionable, including the first £6,240.

In its submission to Government ahead of the Budget, the company says the time is right to “strengthen” auto-enrolment so it works for everyone, building on the success of the scheme in bringing millions of workers into the pensions fold.

NOW has three key recommendations for the Chancellor:

NOW says most of the disadvantage women experience in pensions occurs during their 20s and 30s as they combine looking after a young family with working part-time or a period out of the labour market. This has a greater effect than the gender pay gap, it says.

Adrian Boulding, director of Policy, NOW:Pensions said: “The introduction of auto-enrolment in 2012 has been a huge success bringing 10.2m more people into pension savings. Many of these people were previously overlooked by employers offering pension schemes.

“Now that we are nearly a year into the highest planned minimum contribution increase, we have seen the vast benefits of auto-enrolment.

“However, this is not enough – we must make auto-enrolment work for everyone. NOW:Pensions was set up to make pension saving fairer for all and to help everyone build a pension pot for the retirement that they deserve. All of these matters have a fiscal impact and we need HM Treasury’s help to deliver these improvements to the pensions landscape.”

More in this category: « New PFS pathway for 15,000 potential financial advisers Carey Pensions is relaunched as Options   »
back to top