Register for Financial Planning Today website for FREE to view more stories and get our daily newsletters. Click on 2 stories to see Registration pop up.
Wednesday, 26 February 2020 12:21 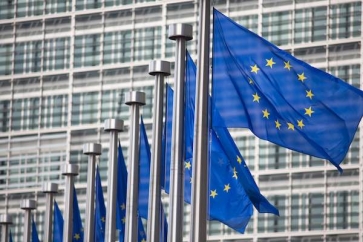 Jupiter has today added to its European fund range with the launch of the Jupiter European Smaller Companies fund.

The new fund will be managed by Jupiter’s co-head of European Growth, Mark Heslop.

The unconstrained fund will aim to achieve long term capital growth by investing in small-cap European firms (excluding the UK).

The OCF (ongoing charge fee) will be 1.77% for retail accumulation and income units.

The company, which recently announced plans to acquire rival Merian, says the new fund will follow the same investment philosophy as its other European funds: using bottom-up analysis to find high quality, high-return businesses whose equity is “mispriced or undervalued” by markets. The aim will be to use this technique to generate alpha.

The unconstrained fund will invest in a focused portfolio of 50-60 smaller companies that are listed in, or heavily exposed to Europe.

He will be supported by fellow co-head of European Growth Mark Nichols and assistant fund manager Sohil Chotai. The three managers have managed European assets as a team since 2015.

Stephen Pearson, Jupiter’s CIO, said: “We are pleased to be able to offer our clients access to this important asset class through a manager with such a high-quality track record, while building on our capabilities in both European equities and smaller companies investing.”

Mark Heslop said: “European smaller companies is an exciting sector, one where we think truly active, bottom-up investing – the type championed by Jupiter – can add real value for clients.”