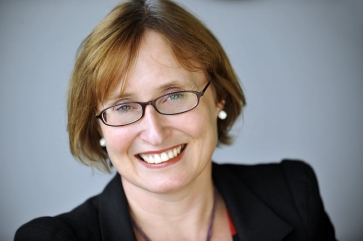 Aegon has welcomed a move to freeze the auto-enrolment annual earnings trigger at £10,000, a step that will mean an additional 80,000 eligible employees will likely start saving for retirement.

Workers, in general, are not eligible for auto-enrolment if they earn less than £10,000 per annum.

Kate Smith, head of pensions at Aegon, said the move would bring many lower paid workers, including many women, into auto-enrolment.

She said: “It’s encouraging to see that freezing the auto-enrolment annual earnings trigger threshold at £10,000 means an additional 80,000 eligible employees will start saving for retirement.

“Freezing the earnings trigger at £10,000 a year means that more people will gradually be brought into auto-enrolment as their earnings rise. In turn, more people will benefit from their employer’s contribution helping to boost their pension savings and get them into the savings habit.”

She added, however that further action was needed to help more people to save for retirement.

She added: “Around 60,000 (75%) of these newly eligible employees are expected to be women which is representative of the fact that women are more likely to earn less and/or work part time. But among the entire eligible auto-enrolment population women are hugely under-represented and will only make up 39%, as they typically earn less than men.

“Women remain on the back foot when it comes to auto-enrolment. This is the fundamental issue that the government needs to address when it comes to adjusting the thresholds in future, especially as women tend to live longer than men.”

She said it was disappointing that the government was not applying the same principle to the lower limit for the qualifying earnings band.

Removing the lower earnings limit altogether would lead to higher pension savings, particularly for those on low to mid incomes, she said.

More than 10m people are auto-enrolled in workplace pension schemes.

More in this category: « And next up, the Financial Wellbeing news… Pensions expert warns against early rise in ‘Freedom’ age to 57 »
back to top