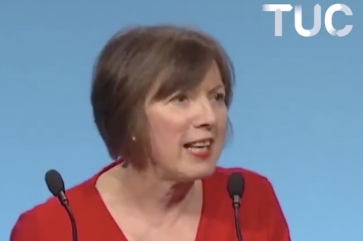 The Trades Union Congress, the union umbrella body, says auto-enrolment must be extended to all employees to avoid “injustice.”

Its call comes as ONS data suggests 6.3m employees are not receiving employer contributions to a workplace pension.

Auto-enrolment was launched in October 2012 and has helped increase the proportion of employees with workplace pensions from 47% in 2012 to 77% in 2019.

However, the TUC says millions of workers are still excluded because employers do not have to automatically enrol staff earning less than £10,000 a year, or under the age of 22.

The rules also exclude the first £6,136 of pay when calculating the minimum contribution based on wages earned.

The combined effect means that low-paid workers miss out on up to £300 of annual pension contributions from their employer, says the TUC.

It is particularly concerned about part-time workers as just 58% of part-time employees belong to a workplace pension, compared to 86% for full-time workers.

It says this means that women are disproportionately affected as they are three times more likely to be in part-time work.

The TUC says that workers generally need total contributions of at least 15% of their wage to be sure of a decent income in retirement.

The union body is calling on the government to remove the earnings limits so all workers can participate and to raise the minimum contribution required from employers.

NOW:Pensions also called recently for auto-enrolment to be extended to all workers.

TUC general secretary Frances O’Grady said: “Automatic enrolment has helped many more working people get pension contributions from their employer. But the current rules exclude lots of low-paid and young workers. And that’s why so many people still don’t have a workplace pension.

“No more excuses – it’s time the government ended this injustice. Pension schemes are a vital part of earnings. There should be a pension contribution in every pay packet.”