Budget 2020: FSCS and FOS may be extended to Gib 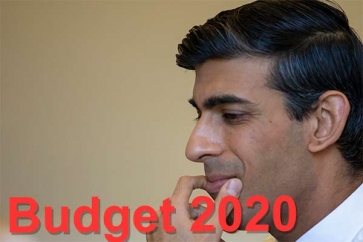 The Government is launching a consultation which could see the Financial Services Compensation Scheme and the Financial Ombudsman Service extended to all Gibraltar financial firms selling to UK consumers and businesses.

Following the UK’s departure from the EU, the Government says the current system needs to be reviewed with a new Gibraltar Authorisation Regime introduced now that both the UK and Gibraltar are outside the EU.

The Government says that financial firms based in Gibraltar are significant providers of financial services to UK consumers. For example in motor insurance with more than 20% of motor policies in the UK are written by Gibraltar-based insurers.

The GAR will allow Gibraltar-based financial services firms to access the UK market as “authorised persons” under the Financial Services and Market Act 2000, without having to apply for full UK authorisation from the UK regulators.

There is only partial coverage at present.

Gibraltar investment firms accessing the UK market participate in the Gibraltar Investor Compensation Scheme (GICS), which has a lower coverage than the UK FSCS sub-scheme, in terms of monetary level and activities covered.

In the Consultation published as part of the Budget proposals today the Treasury says: “As a result of both the UK and Gibraltar leaving the European Union (EU), the legal framework that provides for mutual market access and aligned standard needs amending.”

The details of the consultation are published in a document called: ‘Market Access Arrangements for Financial Services between the UK and Gibraltar.’

Gibraltar is a British Overseas Territory with its own self government and regulation.

The Government says it is new regulatory framework will “protect financial stability, to promote the safety and soundness of firms, to protect market integrity and to ensure high levels of consumer protection in both jurisdictions.

“ This new regime is based on high standards and alignment of financial regulation, authorisation, supervision and enforcement, underpinned by bespoke arrangements for information-sharing, transparency and co-operation between the regulators.”

The consultation will run from 11 March to 11 May.