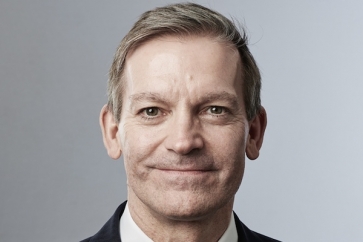 Quilter plc, the wealth management and investment group, has reported a pre-tax loss of £53m for last year compared to a profit of £41m for the previous year.

The company blamed higher policyholder tax for the loss.

More positively, Assets under Management and Administration grew by 13% in 2019 to £110.4 billion (2018: £97.7 billion) as the group expanded and continued to acquire businesses.

Chief executive Paul Feeney said: “2019 was a pivotal year for Quilter. Not only were we pleased with a 3% increase in adjusted profit to £182 million, excluding QLA (Quilter Life Assurance - recently sold), after business investment via acquisitions and new premises expenditure of around £10 million, it was also a great year for delivering on our transformation agenda.

“Our optimisation plans remain on track and our advice acquisitions will contribute to flows in the coming years.”

He warned, however, that the company faced uncertainty in dealing with Coronavirus.

He said: “2020 began well but the sharp Coronavirus induced market correction beginning in late February has created a level of uncertainty as to the outlook for the remainder of 2020. It is currently too early to ascertain what impact market volatility will have on investor sentiment, NCCF (Net Client Cash Flow) and the consequential impact this may have on revenues and profitability.”

Quilter bought adviser network Lighthouse and added 390 financial advisers to its network in June 2019. Lighthouse Group is currently being integrated with Quilter.

Quilter has confirmed, however, that it is facing potential mis-selling issues with its recent acquisition, the adviser network Lighthouse. Quilter has set aside £12m to deal with complaints about how some Lighthouse advisers dealt with British Steel Pension Scheme members and pension transfers.

The company said: “Prior to our acquisition in June last year, Lighthouse advised around 300 British Steel Pension Scheme members to undertake a defined benefit transfer.

“Of this sum, approximately 80 were undertaken prior to June 2017 after which the transfer values of the pension scheme were fundamentally enhanced.

“Since the year-end we have been notified of around 30 complaints relating to advice provided by Lighthouse, all of which related to the pre-June 2017 period. We are in the process of reviewing those complaints and have written directly to the customers involved. Whilst Lighthouse has professional indemnity insurance cover in place, we have taken a provision of £12 million on a gross basis to cover potential costs and this has been reflected as an adjustment to the acquisition balance sheet of Lighthouse.

“We have initiated a review of all cases advised by Lighthouse, prior to its acquisition by Quilter in June 2019, to assess the standard of advice given to British Steel pension scheme members and have actively engaged with the regulator. While this situation is obviously disappointing, our priority is to do the right thing for our customers.”

More in this category: « Advisers getting better pensions service - survey FCA to regulate pre-paid funeral plan market »
back to top