RPI axe could be ‘seismic’ for pension schemes 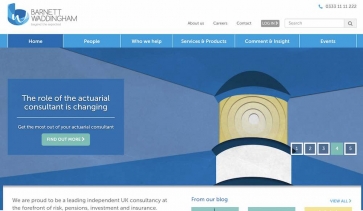 Pension consultancy Barnett Waddingham has warned that the potential axing of the RPI inflation measure by the government could have ‘seismic’ implications for pension schemes.

In Budget papers yesterday, the government confirmed it would go ahead with consultation on whether to align RPI with CPIH and when this would happen between 2025 and 2030.

The move has been mooted for some years. RPI has been seen as a dated measure of inflation for some time although many pension schemes still use it to calculate annual increases for pensions.

However, as the axe for RPI moves a step closer BW has warned that if the Government goes ahead and aligns RPI with CPIH (CPI plus Housing Costs) it will cut the value of any RPI-linked assets held in pensions.

Typically CPIH is 1% lower than RPI so RPI-linked pension assets are worth more.

BW says the value of RPI-linked assets could fall “significantly” if they are aligned to CPIH rather than RPI.

This could happen under the Government’s plans if CPIH and RPI are aligned with each other meaning the RPI rate would be the same as CPIH.

The firm says that over recent years many pension schemes have been advised to hedge inflation risks and the worst hit schemes are likely to be those using RPI-linked assets to hedge CPI-linked liabilities.

Assuming a 1% yearly fall in the future inflation measure, Barnett Waddingham’s analysis suggests that these schemes could see a fall in their funding levels as high as 12%.

Ian Mills, principal and senior investment consultant at Barnett Waddingham, said: “This consultation may seem arcane and technical, but it could have seismic implications for all UK defined benefit pension schemes.

“The Government runs the risk of punishing those who have been prudent, with a well-funded and well-risk-managed scheme, whereas those that have left risks unmanaged could be rewarded.

“All trustees should analyse their own inflation risks, quantifying their CPI/RPI ratio to understand how exposed they are to this change.”