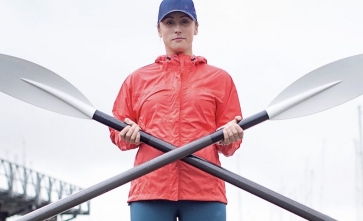 SIPP provider Curtis Banks has become a sponsor of rower Victoria Evans who is attempting a world-record solo row across the Atlantic.

She will make the attempt in the first quarter of 2021 to help raise up to £50,000 for the charity Women in Sport and beat a record.

The campaign around the row is called ‘Sea Change Sport’ and she wants to draw attention to gender inequality in sport, especially barriers that prevent access to sport for women and girls.

Ms Evans is a 33-year-old sports lawyer from Yorkshire.

She will attempt to row across the Atlantic Ocean faster than the current world record of 49 days, 7 hours and 15 minutes.

She is scheduled to depart from Gran Canaria next February, finishing in Barbados. If she completes the attempt she will become only the 13th woman to row the Trade Winds route from east to west.

Ms Evans said: “This is the first action in my commitment to promote change in women’s sport and I want to leave a legacy that goes far beyond the row.

“I am very grateful for the support that Curtis Banks is providing and I look forward to working with them over the next 12 months and beyond”.

“More people have climbed Everest or been to space than have rowed the Atlantic. Fewer than 15 women have done it solo, so it’s quite the challenge, but I am working hard and by the time I set out I will be fully prepared.”

Will Self, chief executive of Curtis Banks, said: “Women in Sport was founded in 1984, with the goal of giving every woman and girl in the UK the opportunity to experience the transformational rewards of sport.

“Having daughters myself, and being an active family, I have seen first hand the benefits of sport and the team work and support that it brings.

“At Curtis Banks over 60% of our team across the three locations are female but I think that this challenge will resonate across the whole business.”

More in this category: « HMRC to axe paper Self Assessment returns Fairstone client numbers up 10% to 65,000 »
back to top