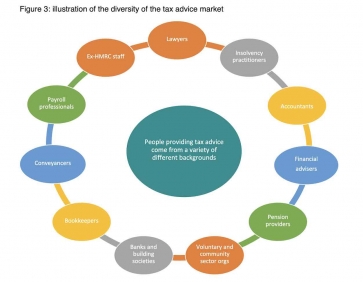 The Government is to include financial advisers in its sweeping review of the tax advice market.

The review was announced in the Budget and aims to tackle poor tax advice, some provided by “incompetent or corrupt” advisers.

The Government estimates some 12m people have a tax adviser of some sort.

Among the advisers who will be covered by the review are: accountants, pension providers, banks and building societies, bookkeepers, conveyancers, financial advisers, payroll professionals, ex-HMRC staff, lawyers, insolvency practitioners and voluntary groups.

Treasury Financial Secretary Jesse Norman MP says in the foreword to the review: “At the Budget in March the government announced that it would be launching a consultation into raising standards in the tax advice market, as foreshadowed in its response to the independent review into the loan charge published in December 2019.

“Many tax advisers are technically competent and adhere to high professional standards, and are a very useful source of advice and support to taxpayers. But as the loan charge review highlighted, the market for tax advice is not working as well as it should be.

“Some advisers are incompetent, some unprofessional, a few actively corrupt. In the case of the loan charge, many of the taxpayers involved claimed that they had acted on advice from their tax agents, and now find themselves with no effective remedy against that bad advice.”

The loan charge was a tax avoidance scheme recommended by some tax advisers but later clamped down on by the Treasury with some users hit with large tax bills.

The Government accepts that financial advisers who are authorised and members of a recognised professional body are often “good advisers” but says some tax advisers are unregulated.

It is considering penalties for bad tax advisers and moves to force all of them to join a regulatory body. A Tax Advice Ombudsman could also be set up.

Options to improve the standard of tax advice could include anything from stronger HMRC interventions to full regulation.

The report is called: ‘Raising standards in the tax advice market: Call for evidence’ and is published by the Treasury.  It opens today for comments (19 March) and closes for comments on 28 May.

The report says: “The government believes that there is a case for intervention in the market for tax advice in order to protect consumers.  With over 12 million customers represented by tax advisers it is a significant population with diverse needs.

The Government will seek wide views from the industry and professional bodies before deciding on whether to take further steps.

More in this category: « Prestwood staff ‘keep calm and carry on’ Tavistock secures £650,000 in new investment »
back to top