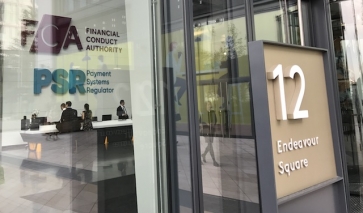 The FCA has ruled out - at least for the time being - a complete ban on short selling as it works closely with international regulators to ensure that financial markets remain “open and orderly.”

It has followed European regulators in banning some short selling where asked in relation to specific European shares.

However it has not introduced a widespread ban and nor have most US or European authorities, it says. It adds that there is no evidence short selling is causing the majority of recent market volatility.

Short selling involves borrowing shares to sell and then buy back at a lower price.

The watchdog says that the “significant volatility” in market prices as a result of the Coronavirus outbreak is likely to continue for some time but markets have continued to operate in an “orderly fashion” in the UK.

Some European countries have introduced short selling bans, and, in line with its standard practice, the FCA has followed those bans, where requested.

However, the FCA says the ability to take long and short positions on stocks is a useful one for many pension funds.

“Aggregate net short selling activity reported to FCA is low as a percentage of total market activity and has decreased in recent days. It will continue to fluctuate, but there is no evidence that short selling has been the driver of recent market falls.”

The regulator says “a great many investment and risk management strategies rely on the ability to take “long” and “short” positions and these benefit many ordinary investors including the pension funds for employees of companies and local government.

It also noted that short selling is a critical underpinning of liquidity provision.

The watchdog is continuing to co-ordinate with international partners and says it will take “all actions within our power where necessary” to safeguard orderly markets.

More in this category: « CII and CISI cancel exams for at least 1 month Ex-Pensions Minister urges help to rebuild pensions »
back to top