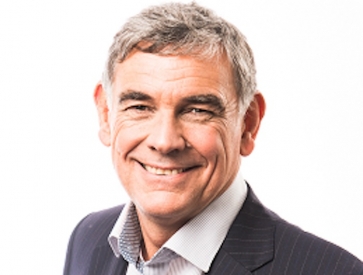 Ian Mattioli, chief executive of wealth management and SIPPs business Mattioli Woods, has waived his salary until at least 30 June and board directors have reduced their fees to 50%.

The CEO says the move is being made to mitigate company costs during the crisis.

According to the 2019 Mattioli Woods annual report the highest paid director, likely to be the chief executive, had a remuneration package of £1.1m in 2019.

Mr Mattioli said in a statement today on the impact of Covid-19 on the company: “In light of the uncertain trading conditions we are implementing mitigating actions to contain costs and protect our financial position.  Alongside this, I have chosen to reduce my basic salary to zero and all other plc board directors have agreed to reduce their basic salary or fees by 50% until 30 June 2020, when we will review the position further.”

The company is also reviewing operating costs, restricting travel and reducing discretionary spending and has told staff that no bonuses will be paid for the current financial year.

Key management personnel including executive directors and 16 other executives, received total compensation of £2.8m in the six months ending November.

The company says that it is to early to predict the full financial impact of Covid-19 but it expects an “inevitable disruption to trading in the coming months and an associated reduction in the group's income streams.”

However, because the firm derives income mostly from fees it believes its revenue will be less sensitive to investment markets.

Mr Mattioli said the profit outlook for the year ending 31 May remains in line with management's expectations.

The acquisition of wealth manager Hurley Partners is also expected to complete in the second quarter of 2020.

The company said the previously announced interim dividend of 7.3p per share will be paid to shareholders today and the board will consider the impact of the Coronavirus outbreak when deciding on any final dividend.

The company said it continues to be fully operational in core business areas and has a team of 124 consultants offering advice as well as 240 client relationship managers.

Products including SSAS, SIPPs and bespoke investment services continue to be available.

Home working is now being used by most of the firm’s 600 staff along with shift rotations for those 30 staff needed in the firm’s administration hubs.