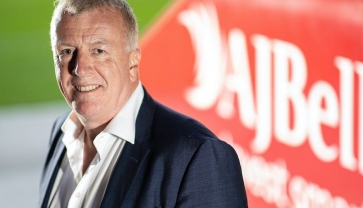 Platform and SIPP provider AJ Bell has reported client numbers up 22% to 262,179 over the past 12 months.

The company reported the client growth - and a decline in assets under administration - in a trading statement today for the quarter ended 31 March.

The decline in AUA was similar to rival Transact which announced its trading update this week.

AJ Bell blamed adverse market and other movements for the decline in AUA.

Andy Bell, chief executive at AJ Bell, said: “This quarter was without doubt one of the most dramatic we’ve witnessed.

“We had to move quickly to keep our people safe from Covid-19 and comply with the Government lockdown. I’m pleased that we were able to do that effectively whilst remaining open for business as usual during a very busy tax year end period.

“I’d like to thank our staff for the flexibility and dedication they have shown to ensure our customers have been able to access and manage their investments as usual during the lockdown. This resilience is reflected in our new business figures which are very strong compared to last year.”

He warned: “The Covid-19 crisis continues to have a devastating impact on people’s lives and the economic outlook remains uncertain. We have confirmed that we are not furloughing any staff or claiming benefits from any of the Government’s financial support schemes which should be preserved for those companies that need them most.”

The company recently launched the AJ Bell Wage War on Covid Fund under the umbrella of the AJ Bell Trust, a UK registered charity, which will help charities and causes supporting the Covid-19 efforts. There was a £50,000 donation from the AJ Bell Trust and Mr Bell will be donating his April, May and June wages into the fund. Other board directors, senior management and staff have made similar pledges, the company said.

More in this category: « Advisers quitting pension transfers hits Gold Standard FCA may intervene in PI market if it falters »
back to top