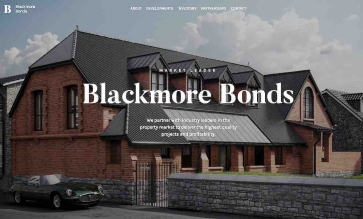 It is not yet known if the two firms had links but both asked investors to put money into bonds which were used to fund property and other investment schemes.

Financial Planning Today has asked the FSCS if it plans to look into Blackmore.

Property firm Blackmore was founded in Manchester in 2016 and issued ‘mini-bonds’ to retail investors. It asked for a minimum £5,000 investment and the firm’s website was still live today.

Money was used by Blackmore to invest in a string of residential property projects, including blocks of flats in Stevenage and other parts of the country.

Blackmore bondholders have not received due payments since October despite assurances from the directors this year that the situation would be resolved.

Geoff Bouchier, joint administrator, said: “There has been concern regarding the company’s affairs for several months so it will be a relief for bondholders that independent professionals have now been appointed to the company.  We are immediately undertaking a review of the properties and will immediately commence an investigation into the company financial position.”

Enquiries can be directed to This email address is being protected from spambots. You need JavaScript enabled to view it..

More in this category: « CISI offers to repay victims of website attack Embark Pensions reports 14% rise in clients »
back to top