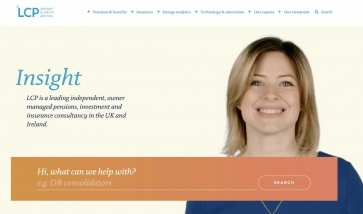 It found the biggest wealth manager player in the market was St James’s Place with 10% of the market and an average transfer size of £500,000.

While the report only covers a part of the market, it suggests SJP is one of the leading providers of pension transfers.

The second largest integrated adviser after SJP was Old Mutual Wealth (part of Quilter) which carried out about 6% of transfers and had an average transfer size of £320,000 per transfer.

Both firms saw a small fall in the volume of transfers between 2018 and 2019, said LCP.

The pension transfer market has recently come until intense scrutiny from regulators and some Financial Planners have pulled out of the market due to issues with regulation and Professional Indemnity insurance.

The study found that traditional insurers were the biggest recipients of transfers with 44% of transfers moved to them. Prudential and Royal London were the largest single beneficiaries but most transfers were at the smaller end of the transfer scale, with an average of just over £300,000.

Over a quarter of all transfers went to independent investment platforms and these tended to be larger transfers with an average of around £490,000 per member, said LCP. In many cases, those who transferred were managing their own investments via a SIPP.

Just under a quarter of all transfers went to integrated advisers (wealth management firms with a financial adviser arm), with an average transfer value of £410,000.

Other key findings were:

Clive Harrison, partner at LCP, said: “While DB transfer activity has declined since its peak in 2017, it remains several times higher than the level before the introduction of freedom and choice in 2015. Pension scheme trustees and sponsors can help their members make the right choice by giving them access to a financial adviser that has been selected by them to give unbiased and good quality expert advice. ”