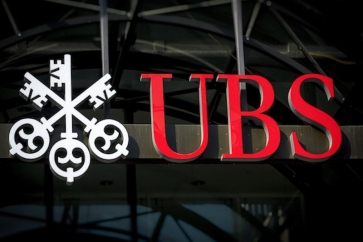 Nearly half of wealthier investors will keep their portfolio’s exposure to stocks over the next six month and 37% plan to invest more, according to a new survey of global investors.

UBS's investor survey found that the percentage of investors optimistic in the short term about their region's economy fell most in the US and least in Europe outside Switzerland.

The quarterly global Investor Sentiment survey is carried out by Swiss bank and wealth manager UBS.

According to the survey, 70% of respondents were optimistic about the long-term economic outlook for their region, mostly unchanged from the survey three months previously. However short term optimism fell from 67% to 46%.

The share of investors expressing short-term optimism fell most sharply in the US, from 68% to 30%, and least sharply in Europe outside Switzerland, from 58% to 50%.

Globally, 47% of investors expect to keep their stock market investments the same in the next six months, while 37% plan to invest more. Additionally, 23% believe now is a good time to buy stocks, and another 61% see an opportunity to buy if stocks fall another 5-20%, UBS found.

Business owners were generally  positive on the longer-term outlook and express a continued desire  to invest in their own firms.

Some 61% were optimistic about their businesses, down from 73% in the prior survey. Some 27% plan to hire more versus 17% who plan to downsize.

Both investors and business owners cited Coronavirus as their top concern, at 57% and 60% of respondents, respectively.

• UBS surveyed 2,928 investors and 1,180 business owners with at least US$1m (£800,000) in investable assets (for investors) or at least US$1m in annual revenue and at least one employee other than themselves (for business owners), from April 1-20, 2020. The global sample was split across 14 markets: Argentina, Brazil, China, France, Germany, Hong Kong, Italy, Japan, Mexico, Singapore, Switzerland, the UAE, the UK and the US.

More in this category: « TPR cautions against pension transfers during virus crisis LV= reports rise in demand for fixed term annuities »
back to top