1 in 10 dipping into pensions early due to virus 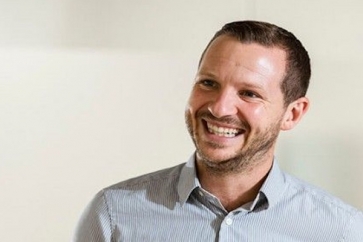 New research suggests that 1 in 10 over-55s (11%) have either accessed their pension early or plan to do so due to the Coronavirus outbreak.

The finding is based on a survey of 2,002 UK adults conducted by Opinium for AJ Bell between 24 – 27 April.

The SIPP and platform provider has warned about tax problems with accessing pensions early, such as the Money Purchase Annual Allowance kicking in, and clients losing out on the future growth of funds by selling while prices are depressed.

It says people should also think about the sustainability of their withdrawal plans if they access cash now.

Pension savers should also consider the risks of ‘crystallising’ pensions too soon and reducing their future options by doing so. Partial crystallisation of a pension may be a better option, AJ Bell says, because it will allow flexibility later.

Tom Selby, senior analyst at AJ Bell, said: “The Covid-19 shutdown is hitting the finances of millions of people. In such difficult times, it is inevitable many over 55s will turn to their retirement pot to plug an income shortfall.

“Our research suggests 1 in 10 have either already done this or plan to do so – and we are only five weeks into lockdown.”

His message to consumers was to think twice before acting.

He said: “If you’re planning to take a regular income early you will need to think about the sustainability of your withdrawal plan. As an example, someone taking a 5% inflation-adjusted income from their fund who experiences a 20% drop in the value of their fund in the first year of drawdown – as many have recently – could see their money run out after 18 years.

“Given many people can expect to live well into their 90s, such a withdrawal plan would risk being unsustainable even for someone who started in their mid-to-late 60s, let alone before your 60th birthday.”

• New HMRC figures today show that flexible payments from pensions rose by £2.46 billion in the first quarter of 2020 to reach a total of £35.44 billion withdrawn since April 2016.

Stephen Lowe, group communications director at Just, said: “Flexible access is likely to make pensions seem a more tempting solution in times of financial stress. Research carried out for the financial regulator has found that many people who accessed pension money preferred to do that even where they had access to other cash savings.

“We would urge people to consider other options first, such as checking what state benefits may be available to them or first using cash accounts which they may have put aside for a ‘rainy day’ like this."