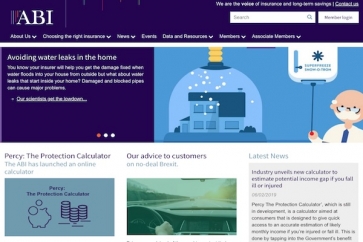 New research for the ABI has found that up to 1.6m people may be losing out on £19.4bn in unclaimed pensions when they move house.

A study for the Association of British Insurers (ABI) found only 1 in 25 people informed their pension provider about a change of address when they moved house.

The ABI estimated that 1.6 million pension pots and £19.4bn may be left unclaimed, equivalent to nearly £13,000 per pension pot.

The research was used to produce guidance for insurance and pension providers that aims to help reconnect people with lost savings through improving reconnection communications.

The ABI says that typically people move house 8 times in their life but often forget to inform their pension provider.

The Government predicts that there could be as many as 50m dormant and lost pensions by 2050.

The ABI says that in 2017 more than 375,000 attempts were made to contact customers, leading to £1 billion in assets being reunited with them.

As part of its efforts to boost ‘reconnection’ with lost savings the ABI commissioned a survey and behavioural science project with experts Trinity McQueen to find better ways to nudge people to inform financial providers about a change of address.

Dr Yvonne Braun, director of policy, long-term savings and protection at the ABI said: “Long-term savings providers will continue to work hard to reunite people with their lost money. People deserve all the cash they are entitled to.

“To ensure more people than ever are reconnected we will continue to work with Government to explore ways data can be used to verify customer addresses.”