Platforms ‘resilient’ despite 12% drop in AUA in Q1 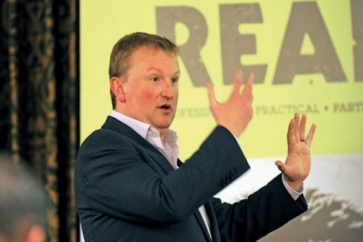 Mark Polson of the lang cat speaking at an industry event

Platforms were hit by a 12% drop in Assets Under Administration (AUA) in the first quarter of this year, according to analysis by the lang cat consultancy.

Despite the fall the firm says the data suggests that the sector can remain “resilient” although much of the Coronavirus impact will not be felt until Q2.

*estimated; SLA has moved to half yearly reporting. Source: the lang cat

The lang cat says that while AUA fell when viewed in the context of a 25% FTSE 100 decline over the same period the figures are relatively encouraging.

It added as a caveat that Coronavirus only hit toward the end of the quarter.

The FTSE has recovered some of its losses since March and is 20% up on the Q1 low of 23 March.

“We know that markets go up and down, and we’ve seen strong progress since late Q1 in that regard. But whatever markets do, platforms are in a good place to demonstrate their resilience over the next two quarters, with both gross and net flows strong in Q1.”

Gross flows had a strong quarter and were nearly 40% up for all channels compared to the first quarter of 2019 and 22% for advised platforms. Net flows were also strong, rising by 28% over the quarter for all channels to reach just over £9 billion, and 30% up for the advised market to £7.6bn.

The lang cat says the second quarter will give a much clearer picture of the Coronavirus effect.

More in this category: « Openwork plans 5 year tie-up with Embark Group 69% of advisers to review investment strategy  »
back to top