4 in 10 to use savings to cope with pandemic 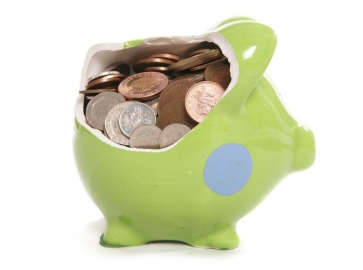 More than four in ten (45%) British savers expect to draw cash out of savings and investments to cope with the impact of Coronavirus on their household’s finances.

According to a survey of 1,000 Britons, 1 in 10 ten savers also plan to reduce or stop regular contributions into a stocks and shares ISA.

Research for Glasgow-based mutual Scottish Friendly found that millions of Britons expect to dip into savings to supplement their household income by accessing ‘rainy day’ cash.

Savers said the most likely place to source cash is easy-access savings accounts (21% of respondents). A further 19% of people planned to reduce regular savings into their cash accounts.

Less than one in eight (13%) homeowners considered requesting a mortgage holiday from their bank.

Work was a major concern with 44% of respondents saying they were worried about their job security compared to 29% who said they were unconcerned.

More in this category: « Planner uses 3D printer to make PPE for carers M&G buys Ascentric platform from Royal London »
back to top