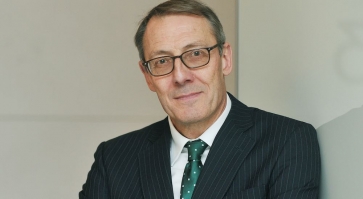 Seasoned executive Andy Smart is to take over from Christopher Rodrigues as chairman of Openwork Holdings, the parent of 3,900-adviser network Openwork.

Mr Smart was part of the Zurich Global Life team that created Openwork in 2005 and is currently chair of Openwork Limited - the group’s main regulated subsidiary - and heads OHL’s Risk and Compliance Committee.

Mr Rodrigues steps down after six years as chairman of the restricted adviser group but will continue as a corporate adviser until the end of 2020.

Openwork says the appointment of the new chair continues the “reshaping” of Openwork’s leadership team, headed by Philip Howell as chief executive. The company said it would soon launch the next phase of its strategy and development as an independent, adviser-owned business.

As part of its plans Openwork CEO Philip Howell will become executive chairman of OHL “once the strategic direction is well progressed in its implementation.”

Andy Wilmot, chair of the Openwork Shareholder Council, said: “The appointment of Andy Smart as chair underlines the continuity at Openwork and establishes a strong leadership team as we build for the continued development of the business.

“Christopher Rodrigues has played a significant role in the expansion of Openwork, which included the move to become independent and owned by partners and staff. He leaves us in an excellent position for further growth.”

Andy Smart, chair of OHL, added: “The transformation of Openwork into one of the UK’s biggest and longest-established networks has been a major achievement for everyone involved with the business and I look forward to working with the board and executive team to continue the success story.”

Philip Howell, chief Executive of Openwork, added: "I look forward to working closely with Andy, drawing upon his deep knowledge of the business as we enter an exciting new chapter for Openwork.”

Openwork Limited has over 3,900 financial advisers in the  UK and operates as a directly authorised, multi-panel distribution network.