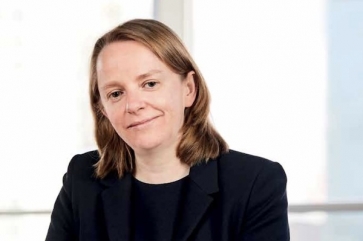 The Financial Ombudsman Service saw a sharp drop in complaints over the past year, down nearly 117,000 to 271,468 in 2019/20, according to its annual complaints data published today.

There were falls across the board, including complaints about IFAs, although the number of complaints upheld rose from 28% to 32%.

The most complained about Investment and Pension product was SIPPs with 2,606 complaints, down 32% on the previous year.

SIPPs complaints saw a trend for disputes about due diligence, said the FOS.

On the investment side, the FOS said there was a trend for complaints about investment platforms.

Some platform clients complained about problems accessing and managing their investments, including some cases about income payments and pension withdrawals. The FOS also saw portfolio management complaints.

The complaints body said: “These included disputes over whether people had been wrongly encouraged to invest in the fund, having had the ongoing situation misrepresented to them.”

The FOS also saw a substantial workload dealing with concerns about British Steel’s pension fund transfers, a scandal that has attracted national publicity.

Since the 2016 Financial Advice Market Review, the FOS has published data on complaints involving financial advisers (see below). 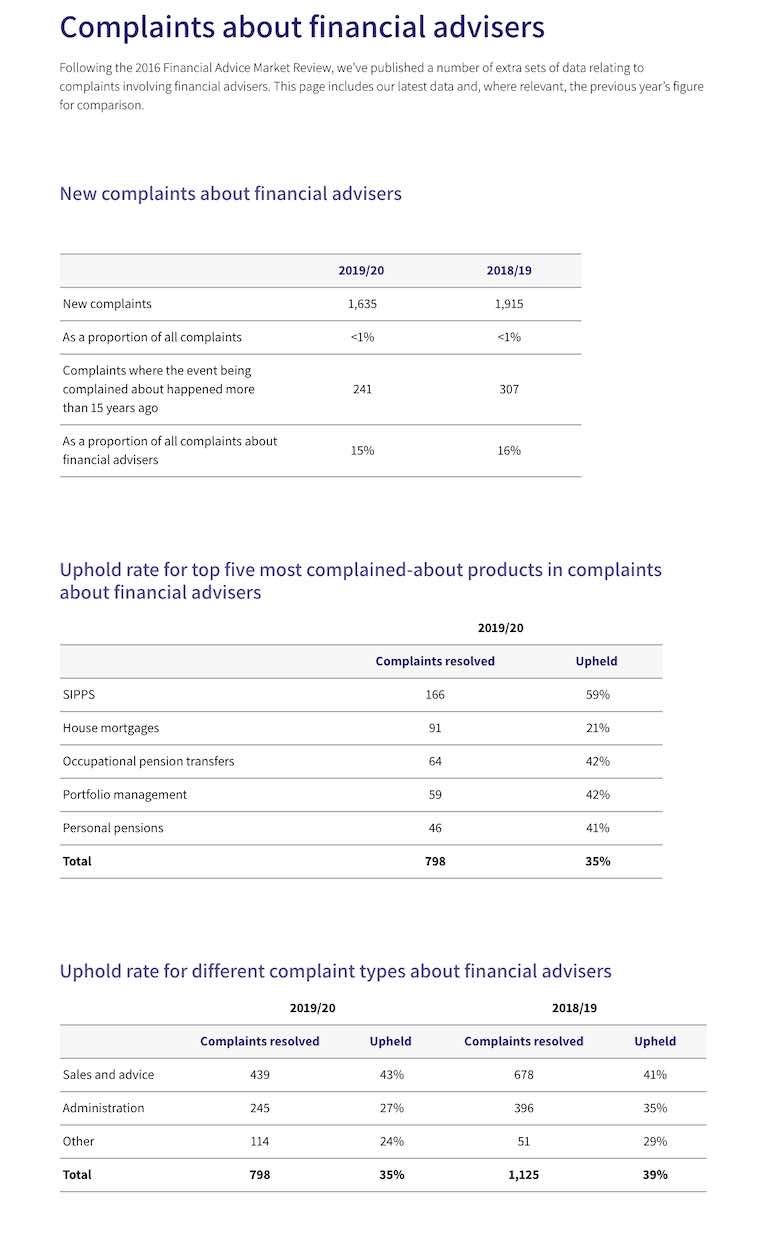 Overall, there was a year on year reduction in the number of complaints about IFAs with the number falling from 1,915 to 1,635 although this was less than 1% of all complaints. Uphold rates against IFAs were lower than last year in many areas although 59% of the 166 complaints against IFAs for SIPPs advice were upheld.

The FOS said it also handled fewer new complaints about events that happened more than 15 years ago which might have been caught by a ‘long-stop’, a time limit on adviser complaints.

The watchdog said: “In more than half of cases we resolved that would have been caught by a 15-year “longstop”, we didn’t consider the merits – for example, because they were caught by our existing 6 and 3-year time limits.”

“The fundamentals of good customer service, and good complaint handling, are constant, and the majority of financial businesses know this. However, some businesses still need to put fairness first in how they handle customer complaints. The unprecedented Covid-19 situation has already given rise to many new and complex questions of fairness when things go wrong in financial arrangements.”

Overall, PPI was the most complained about product, with over 122,000 complaints and a spike just before the FCA’s August deadline to submit claims. Even so there was a fall of nearly 60,000 in the number of PPI complaints. The FOS said the fall in complaints overall was mainly due to a drop in complaints about PPI and short-term lending.

The Financial Ombudsman Service has today also published its future strategy for the period to 2025. Priorities will include enhancing the service, preventing complaints and unfairness and building an organisation with capabilities for the future.

The annual complaints data and future strategy are published here.

More in this category: « Perceived barriers prevent 2 in 5 accessing advice 2 in 3 advisers expect rapid recovery post-virus »
back to top