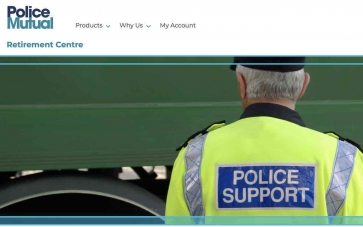 The move will mean that the Police Mutual group, which includes Forces Mutual, will become part of Royal London subject to regulatory approval.

Police Mutual serves police and armed forces personnel and has been in business for 150 years and has £740m in assets under management.

It has 218,000 members and 433 employees and offers a range of savings and insurance products. It has an IFA arm.

A vote was put to Police Mutual’s member representatives – Force Authorised Officers (FAOs) – asking them to approve the transaction. The FAOs represent Police Mutual members in police forces across the country.

The vote was unanimously in favour of the proposal and Police Mutual will now apply to the Prudential Regulation Authority (PRA) to transfer to Royal London.

Royal London chief executive Barry O’Dwyer said: “Royal London and Police Mutual have complementary values and culture. Both are mutual and are committed to delivering the best value for their customers and members.  Police Mutual plays a vital role in providing financial services and products to police officers and the armed forces. We are pleased to be able to provide the company with a secure future.”

More in this category: « Chartered Planner offers fee free help during pandemic FCA to halt 'most' contingent charging on DB transfers »
back to top