Auto-enrolment opt out rate rises to 9% 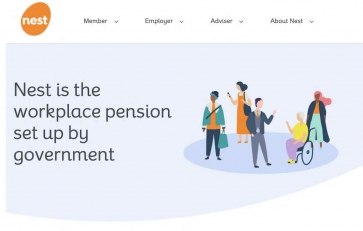 The percentage of Nest’s 9m pension savers opting out of auto enrolment has increased from 6% to 9% following the second increase in minimum auto enrolment contributions.

Nest, one of the main providers of auto-enrolment pensions, says the increase is well below forecasts of opt out rates of up to 28% when the scheme was first launched and well below many international levels of opt out.

The increase in contributions had “negligible” effect on member cessations in the same period, said Nest.

Opt-out is defined as members leaving a scheme within 30 days of enrolment, often when starting as a new employee at a firm, and cessation refers to actively contributing members who stop paying in.

Nest says the likelihood that an individual will cease contributing decreases the longer they have been a member of the scheme.

Nest’s Insight research arm and fund manager Vanguard refer to the figures in a joint report into the increase in contributions called How the UK Saves: the effects of the second savings rate increase.

The report shares in-depth analysis on how Nest’s 9m members behaved following the final increase in minimum contributions which took place in April 2019.

The escalation process began in April 2018, when the minimum total contribution level rose from 2% to 5%, and finally to 8% in April 2019. Members with a scheme tenure of less than nine months were most likely to cease contributions in response to the increases.

For some of these individuals, the relatively rapid increase from contributing no earnings to Nest, to contributing 5% of earnings, may have been too much of a “savings shock,” said Nest.

“Once again, our in-depth analysis of member behaviour following the increase reveals that opt-out and cessation rates have remained very low.

“The success of auto enrolment in the UK, and the evidence shared through our How the UK Saves series, is a valuable case study on how to help millions start saving for retirement.”

“At present, workers around the globe are understandably focused on the here and now, and the challenges created by Covid-19. Nest Insight is working to address both short and long term savings needs. Sidecar savings is just one of the approaches we’re currently testing.”

Cynthia Pagliaro, senior research analyst at Vanguard, said: “Over both phasing periods the reaction from Nest savers was minimal in the broadest sense, suggesting that stepping up default contribution rates annually from lower to higher rates was a very effective strategy.

“Both opt-out and ongoing cessation rates are impressively low. By way of comparison, in the United States, the state-based retirement savings plan in Oregon has an opt-out rate of 28%, comparable to the original estimate for the UK’s auto enrolment policy. While the impact of phasing may have been cushioned by annual tax and wage changes for some, we observe consistency of contributions among longer-tenured Nest members suggesting an ambivalence to the increase and a normalisation of retirement savings among UK workers.”